If you’re going to age into another decade then do it in the Rockies, surrounded by mountains and snow, in skis. When I received a call from my cousin, Jada, and she said, “hey I’ll be in Colorado for your birthday”, the plans began.

We flew in a few days before my birthday. I came from PA and Jada from Miami. We decided to ski Arapahoe Basin the first day. Jada is a Blue/Green skier and apparently A-Basin is not an easy mountain. Obviously, I didn’t know this tidbit because I suggested it. We found out on the first run. The blues are equivalent to other mountains’ blacks and the greens are not super flat.**

Halfway up the first lift ride a blizzard came in around us. There was hail like snow pelting us and at the top it was a total whiteout. Also, at the top is when we realized the blue run was not your typical blue.

We made it down that first run, the weather cleared up, and we ended up having a great day on the mountain. Jada was able to maneuver all of the blues and we ended the afternoon skiing a green. She gained security in her skiing ability.

We stopped in the lodge for some apres. The vibe was very laid back. Everyone was welcoming and there was even a drink or two sent our way. It was definitely a mountain I’d ski again especially with the Afternoon Delight Ticket option (and yes, that was a selling point, skyrockets in flight 😊).

Next day we skied Winter Park with my aunt and uncle. They have been skiing Winter Park (WP) for over twenty years and it isn’t a new mountain for me. Before last year, it was the only mountain in Colorado that I would travel to and ski. Mary Jane, the ungroomed and wild side to WP, has the best bumps so I’ve spent many days on snow there. I truly love bumps or moguls and could spend everyday at Mary Jane. My favorite run is is to start with Narrow Gauge and then head to Gandy Dancer with a little Drunken Frenchmen thrown in for a workout.

We spent a lot of time on the Winter Park side too. There is a lot of variety and it’s family friendly. We even ended up at a lift that my aunt and uncle never knew existed. In the afternoon, Jada got a bump lesson from Aunt Karen. She hesitated at first but then remembered what she skied the day before at A-Basin. Skiing is an empowering sport.

Back to Denver, Jada had to work and I had another day to ski. On my birthday I skied solo and hit two new mountains, Eldora and Copper.

I started the day at Eldora. On the lift when I looked to the right, I saw some slopes with bumps. I got off the lift and turned in that direction. I was faced with a rope and plenty of warning signs. Warnings like rescue could take awhile, skull and crossbones, danger-danger, etc. I gave it a moment, I’m skiing alone, what if? Then I reasoned that I could see the slopes from the lift so someone would see me…eventually, and took off.

The mountain felt raw and untamed, or at least the slopes I chose. I was told it could be windy but that day it was blue skies and white bumps. After a few bump runs I skied some trees then headed over to the flats and explored the rest of the mountain. I almost didn’t leave because it was a fun mountain but I was on a mission to hit my 50.

Next stop, Copper Mountain. Culture shock coming from Eldora in the same day. That’s what makes skiing different mountains so cool. Eldora is small and Copper has acres of parking lots and more than one base. I drove out to the parking areas and there are different shuttle stops for the different bases. I get to the end of the line and it said ‘expert only shuttle’. I figured since I had limited time I might as well jump right in. I like that each shuttle stop is clearly marked because it is a large mountain. The shuttle arrived as I was suiting up so I grab everything and finished getting ready on the trip over. (you’re welcome for the show people on the bus)

At the top of the lift I noticed some ropes and signs, seemed to be the theme of the day. The area closed by three so I jumped in and I was able to get one run on a bowl. It was so fun!!! Copper has some big bowls and nice bumps so I spent the rest of the afternoon exploring the expert side of the mountain.

That evening I had a delicious birthday dinner with a complimentary creme brûlée and then headed to bed a happy 50 year old.

**ski mountain lesson – each run is color coded. Green circle – easiest, Blue square – medium difficulty, Black diamond – difficult, Double Black diamond – expert. They are coded based on each mountain. So a black diamond is the most difficult at that mountain, it may not feel super difficult compared to what was skied at another place, but for that mountain it is the hardest to maneuver.

Shoutout to the rental shop guys at A-Basin. They were so friendly and what you would expect at a Colorado mountain. They had interesting stories and made the rental experience fun.

Jada, Me, Aunt Karen on the gondola 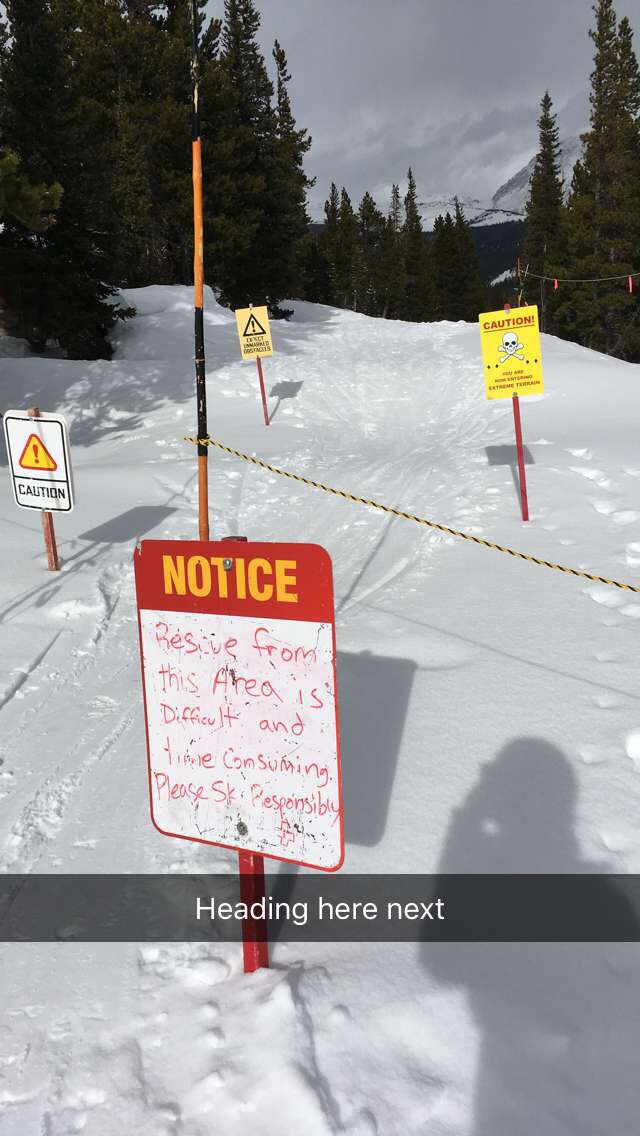 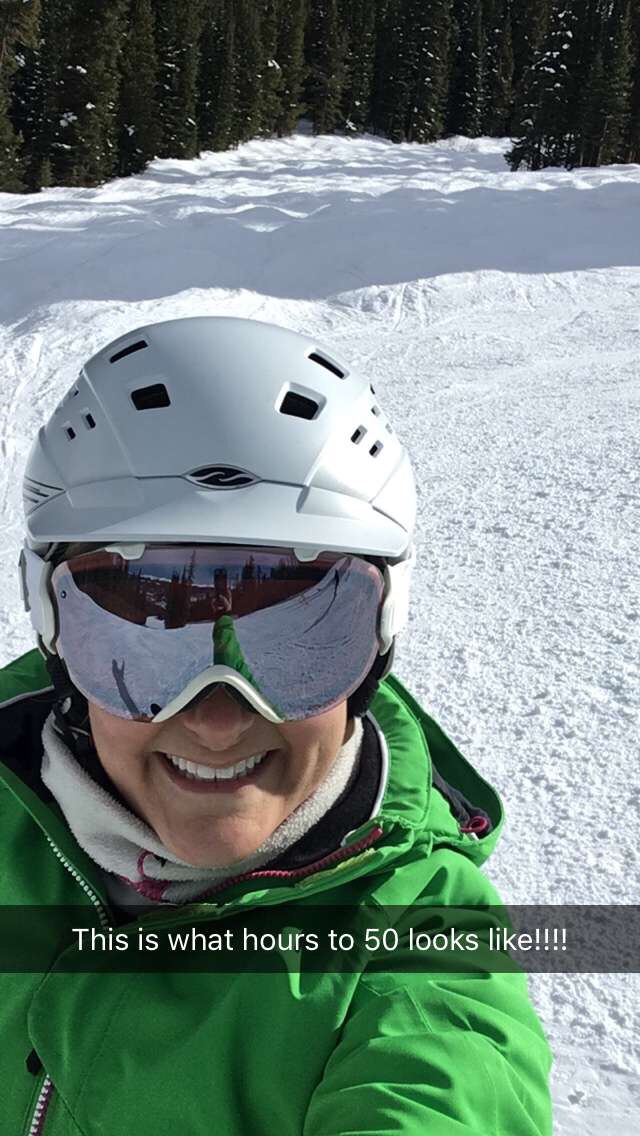 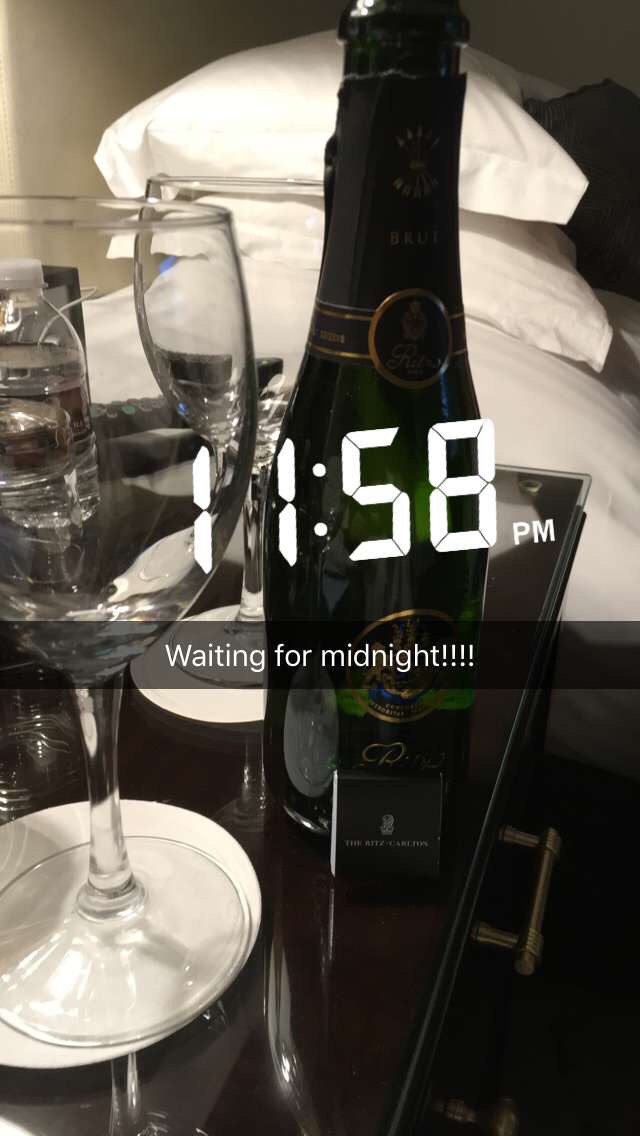